Rekchan and Miksim are both getting extra tuition. Year 10 (16/17 year old) pupils finish in December, then have no schooling before their Year 10 exams in March of the following year. We felt that both would benefit from extra tuition before the exams.

Rekchan is a pupil at Dr Graham’s Homes. His Year 10 schooling has been disrupted by the shutdown in the summer of 2017, following civil unrest. He has organised for himself a tutoring college place in Kalimpong and somewhere to stay, proving his motivation!

Miksim has been a pupil at Mayel Lyang Academy in Pasendang, North Sikkim. She is moving to Dr Graham’s for Year 11, and we want to give her the best possible start. Her place was organised by Loden, founder of MLA.

We hope they both benefit greatly, and wish them well. 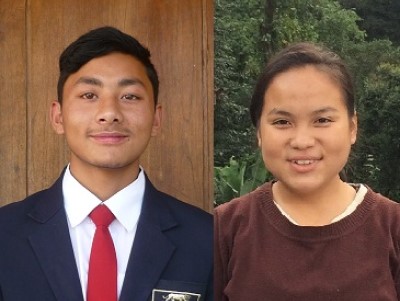