This is our second post of seven covering our trip to India from 26 October to 6 November – a hectic itinerary to visit sponsored students, children and institutions.

A 4am start to get to Delhi airport saw us arrive at the hotel in Bangalore by 10 am to meet Hissey. She started at Mount Carmel college at the beginning of July, where she is reading political science, economics and journalism. She was supposed to start at the end of June, but was delayed by strikes and road closures in Kalimpong District, which meant she could not reach Bagdogra airport.

This has caused her some problems as she missed the Fresher’s event and was not able to sign up for clubs and sports teams. She likes basketball especially. However she has been working hard – when we arrived the college had just shut for a three week break after exams. We expect to know the results in December.

She also does regular community service as organised by the college.

Duncan and Magi have sponsored Hissey since she moved from Sikkim Himalayan Academy to start secondary school at Dr Graham’s Homes. She comes from Tashiding, home to the famous Tashiding Monastery. Her father is a farmer and her family is large. The step she has made to college in Bangalore is much more than just the  2500 km distance.

We had a look round the College with Hissey and her friend Nitisha from Dr Graham’s. They started at Mount Carmel together, and share a room in a paying guest house (always called PG).  Here they not only lodge but their “Auntie” gives them breakfast and dinner.  This year they were too late applying to go into one of the college halls of residence, but will probably try next year. We had biriani lunch all together in a small diner, then said goodbye, as we had another very early start the next morning to fly via Delhi to Bagdogra, followed by several hours jeep ride to Gangtok – capital of Sikkim state.

We were very glad to see Hissey well settled. 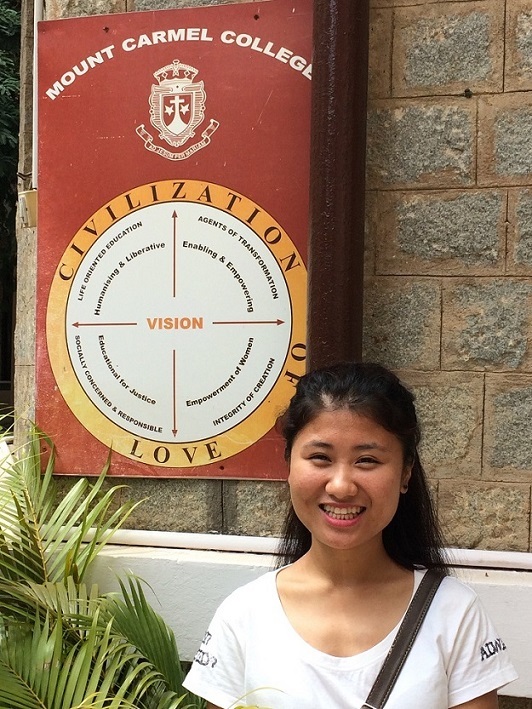 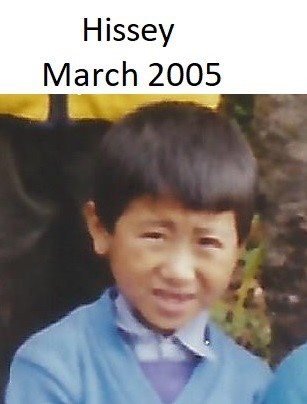 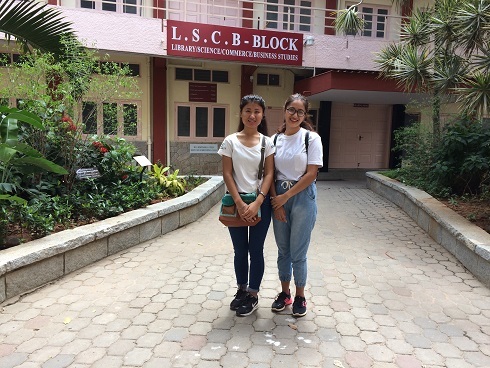