This is 1 of 7  posts to cover Magi and Duncan Finlayson’s trip to India from 26 October to 6 November 2017. In Delhi on 26 October we met Samjyor who is the most successful student to date. He is now in his second year of a Law degree at Delhi University, having already gained a degree in Political Science. He has recently completed an internship working for a Delhi lawyer at the Supreme Court, which he really enjoyed. His domestic life is settled in shared digs with three other students and a maid. It seems that the maid and Samjyor share the cooking!

We met Samjyor at Sikkim House in the diplomatic quarter, after we had had an exciting time trying to draw on the rupee currency transfers we had made, and discovering through use of Uber that our roaming cost for data was horrendous and we quickly ran up to our credit limit. Later we found out that we could buy an Indian pay as you go SIM very cheaply.  In the title photo Samjyor is with Magi in front of Sikkim House, where we went to arrange Inner Line Permits so we could enter Sikkim.

We then took an Auto (motorised rickshaw) to the Delhi Metro. The Metro is very hectic but can save a lot of time, Delhi traffic being what it is. Magi and Samjyor last met in 2012 when he was a student at Dr Graham’s in Kalimpong, so there was plenty of catching up to do. During coffee then lunch at Connaught Place we shared some memories of his early schooling. At the age of 8, he wanted to be a Bollywood star! That was in his first year as a sponsored child at Sikkim Himalayan Academy.

The Law Faculty is located in Kingsway, the historic administrative centre of New Delhi. In the twilight we walked a short distance from the college to the President’s Palace (Rashtrapati Bhavan), formerly the Viceroy’s House. The night lights were on and the sunset bird chorus at maximum volume. Very magical!

Samjyor is not sure there would be enough work for him to go back to Sikkim when he graduates, but he is keen to help people from his area start organic farming and understand their legal rights.

We wished him well in his upcoming exams. 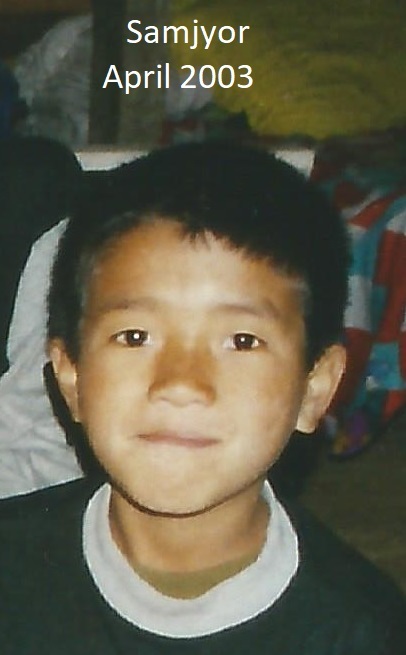