Hissey internship at the Summit Times

Home/News/Hissey internship at the Summit Times

Hissey internship at the Summit Times

Hissey is studying journalism at Mount Carmel college in Bengaluru. During May she is doing a one month internship at the Summit Times, a relatively new English language newspaper based in Gangtok, Sikkim. Hissey’s sister who studies in Gangtok found out about it; then Hissey applied and was successful at interview.

In Hissey’s own words “I have attended many news related conference within this week but since I am an intern they don’t publish my news yet. I covered a story yesterday about a guy who ran in a charity run to raise funds for a girl name Bandana who is suffering from blood cancer .The story was not published as a whole but some lines were taken and our names were mentioned in the newspaper. It was a nice experience and I am given a story which will be published as a complete story. I have to submit it with in next week and I’m working on it. I am staying with my sister and the office is about 20 min by cab.”

Hissey hasn’t mentioned it, but it must also be an exciting time because of the Indian election, the largest democratic exercise ever undertaken.

The pictures show the article Hissey mentions, and Hissey in the newspaper office. Needless to say, we are very proud of her. 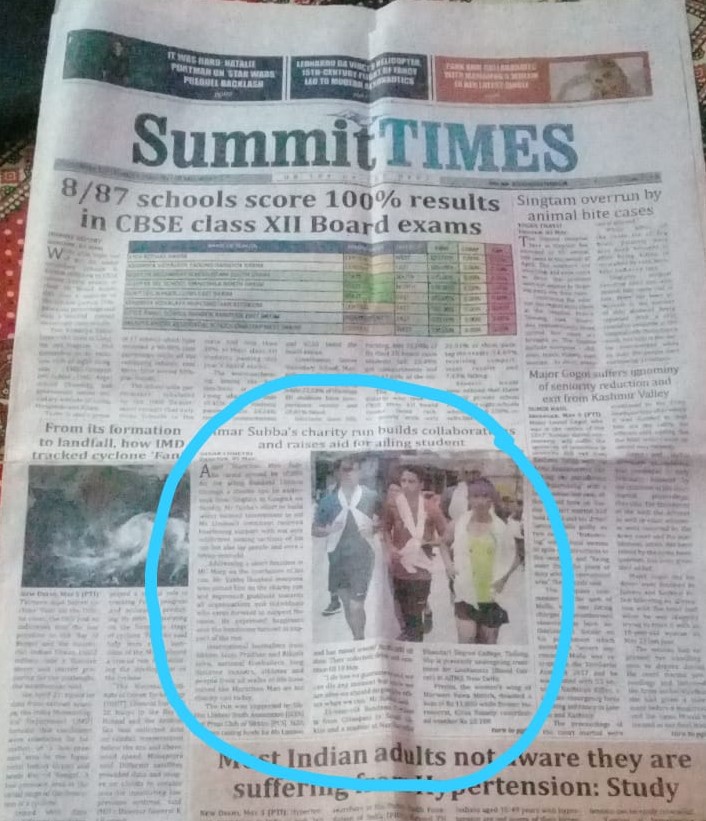 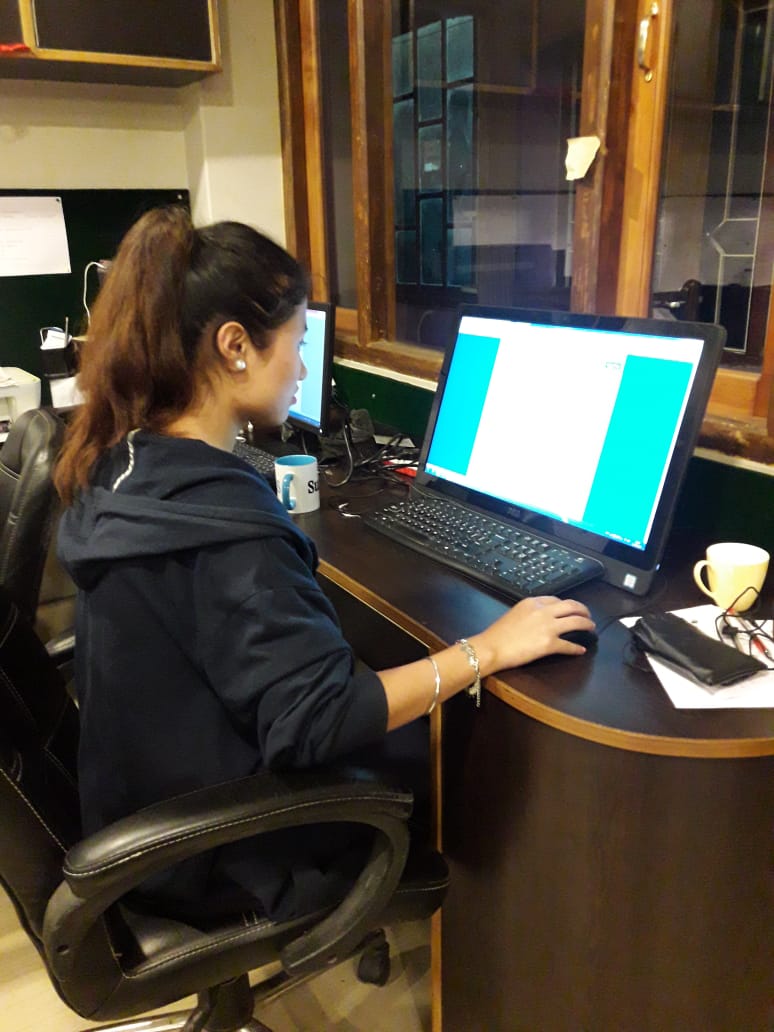