Before the children arrived, we had the opportunity to meet two new entrants to DGH from Sikkim Himalayan Academy (SHA). Shown here with Magi, Maree and GS, Mingma is a little girl of six, and Ujal is 5. Both come from rural families with no land, who survive on subsistence labouring.

They are both delightful, and it is good to see SHA continuing to educate disadvantaged children, using Indian volunteers and able to fund itself from within India (we had to withdraw because of problems with visas and the Foreign Contributions Registration Act). Magi helped GS to make the arrangements with DGH.

After GS had left, Maria who manages the guesthouse went into Kalimpong to buy cola, sandwiches and cake so we could have a party! Many thanks to her for that, and for our comfortable stay.

Waiting for the party food to arrive, with girls and boys self-segregating as does happen, Magi showed them a birthday calendar produced by the Dutch Trust at the end of 2018. This has dates but no days of the week. The calendar photographs are of SHA, DGH and young people at college or university, from 2003 through to 2017.

We took the opportunity to give out some extra pocket money, and find out how school is for them. Magi also had the chance to get out the iPad and show pictures of them when they were much younger at SHA – happy times! 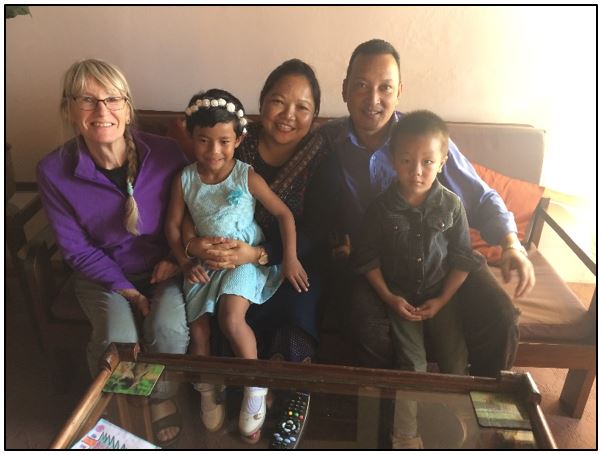 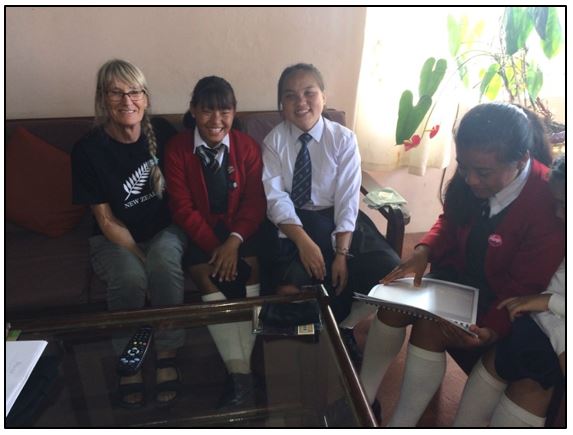