Coming to the end of our party with the children, of course we took a group photo! These children are all sponsored by the Trusts or Trust supporters except Nima, who has also been introduced by SHA. 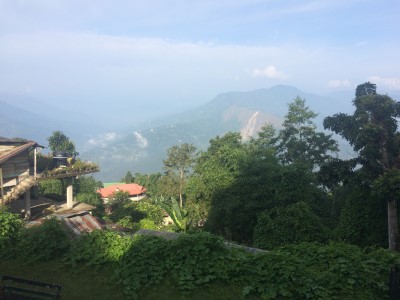 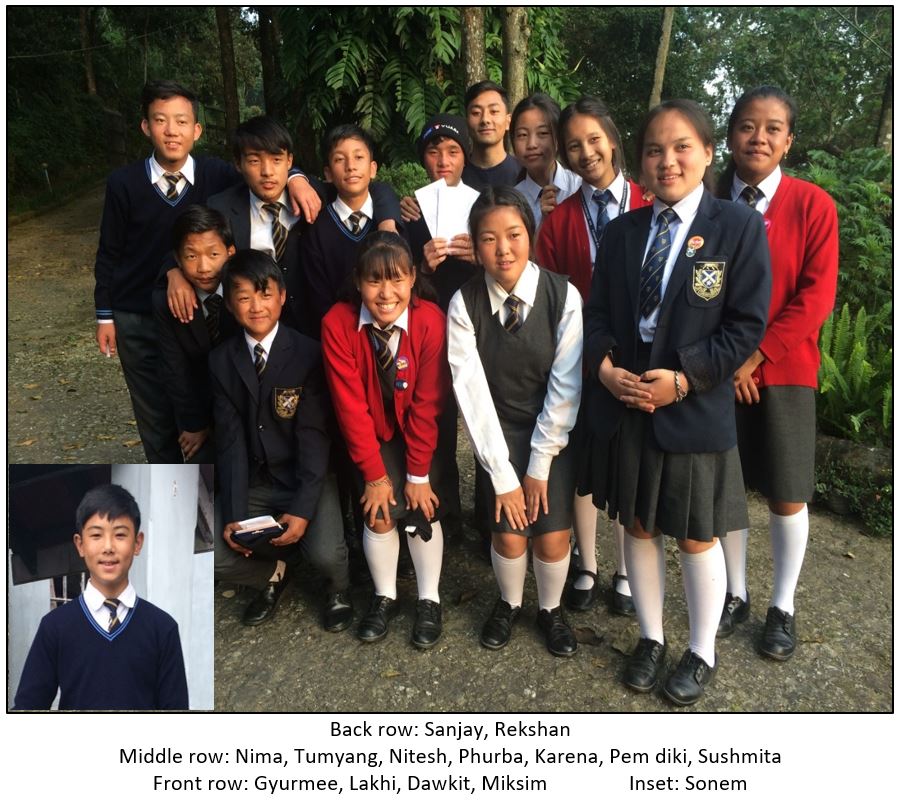 We also made a particular point of talking to Rekshan and Miksim, who are in Year 12, which means that at the end of the year they have to think about further education. Rekshan told us he wants to study Political Science, and Miksim wants to be a nurse. Later in Gangtok we were able to talk to our OGBs (old girls and boys) about their experiences, and they promised to help. Also DGH has links with colleges in Kolkata. Gloria Potter, who is responsible for the children sponsored by Dr Graham’s UK Committee, was able to give us details. In addition, after our visit Nichola Pereira ran a two-day careers course for Year XII children. Rekshan then showed interest in Tourism Management.

Because of Sport’s Day and the weekend we were not able to engage with teachers the same way we did during our 2017 trip. However we did get general feedback that the girls are maturing and taking studies seriously, whilst some of the boys are being somewhat adolescent, the situation with the girls two years ago! Magi talked to the boys about this in a group, stressing how fortunate they are, and to make the best of it.

On Sunday we were hoping to see Nichola but that was not possible. We took a walk in the school grounds, and met the children again at Ahava; then lunch before heading off for Gangtok with Sangdup in Rinchen’s jeep.