In October 2018, Mieke and Jannie (our colleagues in the Dutch Trust Kinderen van Sikkim) travelled to India. They visited West Bengal and Sikkim via Delhi to meet with students and children who have been or are being funded for their education in school or college/university.
For their previous visit in 2016 they met most students in their place of study like Delhi, Bangalore and Calcutta, the main event of this trip was a reunion in Kalimpong  of children who are currently pupils at Dr Graham’s (see photo) together with past pupils, now students at colleges and university across India.

The interaction between the older students and the children was interesting to see: Nimphuti informs Mikzim about her nurse training in Bangalore and Rha takes care of Sonam Palden who seems very shy.  Laymit and Nimphuti are determined not to marry in order not to waste their time by cooking for a man. The students were asked what was important to them when at Sikkim Himalayan Academy (the primary age school set up by the Dutch and English trusts in 1993); also what they thought of all the volunteers coming from many parts of the world. They thought it fantastic and also the fact that they were stimulated to think for themselves instead of taking things for granted.

After a visit to Dr Graham’s school to meet with staff and discuss the children, Jannie and Mieke went on to  Gantok and Dzongu in Sikkim. For a full description of the trip, click here to read much more about all of the trip in the Newsletter. 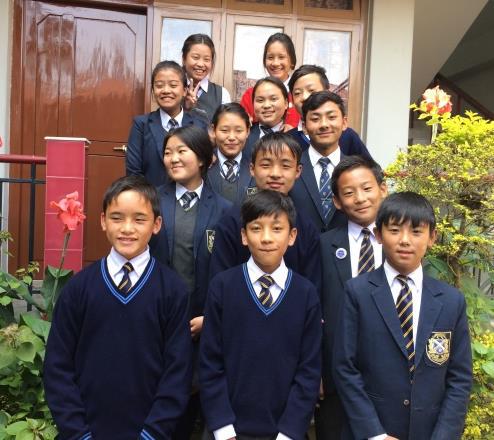