We last posted about Topden in May, when he had just sat the NEET, the nationwide examination for entrance to medical college. The NEET is extremely competitive – in 2018 there were more than 1.3  million applicants. So he expected it would be very difficult to get a place on the national list, but Sikkim also has 8 state medical course places, which are also awarded based on the results of the NEET.

Topden did very well but came 21st on the Sikkim list, so did not qualify for free medical school. However he did qualify for a program of counselling. Finally his counsellor suggested various options, one of which was taking a degree course in Optometry. This is not free but it is subsidised, and it is a three year course instead of the longer medical qualification. We agreed to fund this.

So on the 22nd August, Topden started at Uttaranchal (P.G.) College of Bio-Medical Sciences & Hospital in Dehradun, Uttarakand state – known as UCBMSH. Uttarakand state is north of Delhi in the foothills of the Himalaya, famous for its environment, bordered by China to the north and Nepal to the east. In that respect it is similar to Sikkim, but the culture is quite different and Topden is 1000 km from home. 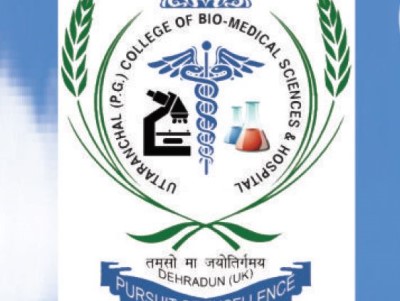 Topden’s journey has been much more than the distance. His family are subsistence farmers, with no spare income. When he was 6 years old, even state education would have been impossible because he would have had to live away.

His success comes from his own personal drive and application, but would not have been possible without sponsorship through The Children of Sikkim. We wish him every success over the next 3 years.