Home/News/Years 10 and 12 return to Dr Grahams

At the end of October the West Bengal Government issued a Directive signalling a re-opening of  schools and colleges from the 15 November 2021.

This of course affects Dr Graham’s Homes, who then gave notice in early November that exam year pupils were to return to Kalimpong, but other years  would continue tuition online.

The children we support at Dr Grahams have to have a local guardian for the school to contact when necessary, and to organise transport and other necessities. This role has recently been taken on by GS Gurung, the Principal at Sikkim Himalayan Academy (SHA) which is a primary school at Buriakop in West Sikkim. Our early history was one of supporting SHA, until Indian government rules for foreign transfers made this impossible. So we know GS extremely well and so do our children, who were pupils at SHA.

So on 14 November GS hired a taxi in Buriakhop, which is at more than 2000m altitude.  It can be a three hour or more journey from there to Kalimpong, over winding roads which descend to the Teesta river at 100m then climb to Kalimpong at 1250m altitude. With GS in the photo, from left to right are Nitesh, Sanjay, Phurba and Dawkit. We wish them the very best luck in their studies. 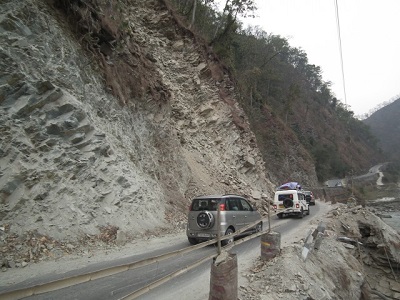 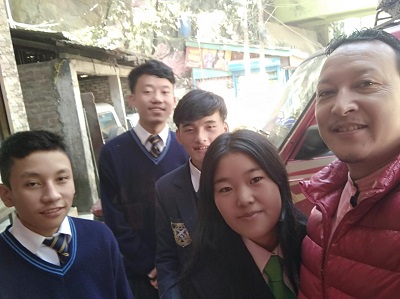